Few aircraft have captivated the aviation community (and in this case, the intelligence community) as much as the A-12.  Project Oxcart involved the classified development of the A-12 aircraft as a symbol of the successful collaboration of the Intelligence Community, the Defense Department, and private industry to create a national strategic asset that our adversaries never dreamed possible.

This Memorial Shirt shows an artistic rendering of Article 128 as it sits on display at HQS (CIA Headquarters for the uninitiated) in Langley, Virginia.  The stars, larger versions of the stars on the Memorial Wall, shine brightly from the front of Article 128 as a reminder to all who see it, that the mission of the Central Intelligence Agency is not only important to our way of life but, at times, requires the ultimate sacrifice.

Walter Ray:  During a routine A-12 training flight on January 5, 1967, a fuel gauge failed to function properly, and the aircraft ran out of fuel only minutes before landing. The pilot, Walter Ray, ejected but was killed when he was unable to separate from the ejection seat before impact. The aircraft was completely destroyed. Its wreckage was found on January 6, and Ray’s body was recovered a day later.

Jack Weeks:  The second pilot fatality in the program occurred during this drawdown. On 4 June 1968 Jack Weeks was in Article 129 on a checkout flight after an engine change for the trip to the United States. He was last heard from 520 miles east of Manila. No trace of the plane was found, and an investigation turned up no clue about the cause of the crash. Signals received about a half-hour into the flight from the onboard BIRDWATCHER monitoring system indicated engine trouble; a catastrophic failure was the most likely explanation. 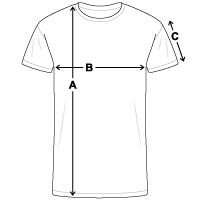